I feel as though this ‘holiday’ couldn’t have come at a better time, as the debate about women’s health rights and contraception have taken over the national news circuit lately. Which, in my mind, seems ridiculous as I learned about the fight for contraception in my AP History class a few years ago. Seriously, if you are debating something that was debated about and solved a few decades ago doesn’t it seem best to not?

Also, recently there have been some extremely rude remarks made towards women that just shouldn’t happen in our modern society (Karl Lagerfeld and Rush Limbaugh anyone?). As mentioned by a Hello Giggles writer, all this senseless talk and name calling really needs to stop. K? JUST STOP (…because all caps definitely means it will happen, right?). This public disrespect for women doesn’t do any good for y’all. Plus, nobody messes with my girl Adele!

Fortunately, there is one man who stands out amongst the rest. Last night Jon Stewart had the President of the Planned Parenthood Fund, Cecile Richards, on the his mock political show on Comedy Central called the Daily Show. First off, kudos to Jon Stewart for actually bringing in a woman who knows what she’s talking about when it comes to the contraception debate. Second, Cecile Richards–you are amazing. Also it’s so refreshing to have someone like Jon Stewart, who I know for a fact has a large audience, to be as logical and reasonable and open-minded as he is.

Also, in respect to this day, i’d like to recognize the women’s movements that occurred in our nation for the past century or so and those occurring now all around the world. Had it not been for those we would not have a female Secretary of State, female CEOs of large corporations and female Prime Ministers/Chancellors/Presidents.

So for all that has been accomplished, not going to lie, this ‘holiday’ is still really something to celebrate even with all the senselessness that still occurs. *cue the cheesy inspirational music*

~all photos from a  Google search~

Oh, and just for kicks… 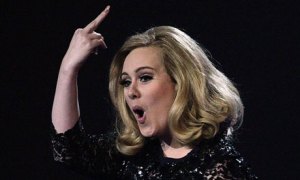 I was born and raised in the South but decided to take a chance by going to school in the Northwest. Since I was little I have been obsessed with fashion and cooking (accept me, Cordon Bleu!). Always have tried to find the humor in every situation and make the best of the hand I was dealt. Life is beautiful and I wish to share the beauty of it with y'all. View all posts by ShortSweetandLovely